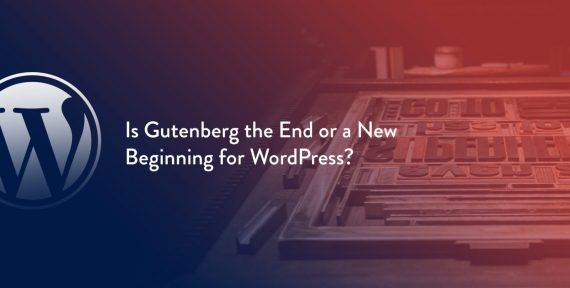 WordPress’ new editor ‘Gutenberg’ takes to the streets today as part of WordPress 5.0 and all sites will see the new editor within the coming days. The release had been originally scheduled for Black Friday but common sense prevailed and the release date was set for today, the 27th.

From now on the WordPress editing experience will be quite different, and nobody knows with any real degree of certainty whether it will all be worth it or not. For sure there’s plenty to be excited about, most notably the ability to create columns without a page-builder extension, which puts layout firmly in the hands of the users, a move most website owners will applaud; but also because it’s a serious attempt to keep WordPress top of the pile for website infrastructure, ahead of systems like Wix and Squarespace who despite some limitations offer more intuitive editing interfaces.

On the other hand more than half the global WordPress community thinks Gutenberg is a huge mistake, or that the release is too early, or that it should be released as a plugin. A major concern is that many sites will simply not work with Gutenberg and completely choke with the update. Even if you are not a WordPress user consider that around a quarter of the web runs on WordPress, so if the internet looks broken over the coming days then you’ll know what happened.

The great hope is that this doesn’t happen of course; and in most cases broken sites should be a relatively quick fix for a developer; and DIY webmasters having problems will probably want to install and set the “Classic Editor” plugin.

While sites that do choke on the new update should always be eventually “fixable”; those fixes typically would work by disabling the new Gutenberg editor altogether — so the site would be back on the old editor at that point, which is not a long term solution, and ultimately the theme or plugin causing the problem would need to be replaced unless an update was available, and this may not be the case

From a user point of view it should definitely be your goal to take the time to get used to the new interface since it’s the way WordPress will be used in the future. The experience itself is not bad but for some users it could be a fair bit to take in unless you’ve used a page builder before, but 30 mins playing with it would probably get most people fairly well acquainted.

Here’s a video giving a quick walk-through but there are some tutorial videos available online. We can provide one to one training on this if necessary and if enough people were interested we may do a group seminar which would bring the cost down so let us know if you are interested – Contact